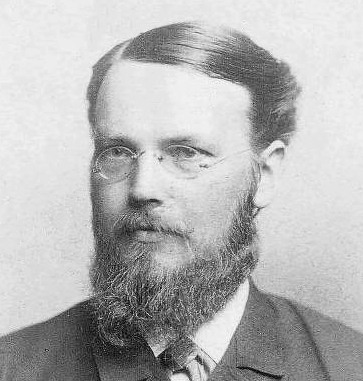 Johannes Lepsius (15 December 1858, Potsdam, Germany – 3 February 1926, Meran, Italy) was a German Protestant missionary, Orientalist, and humanist with a special interest in trying to prevent the Armenian Genocide in the Ottoman Empire. He initially studied mathematics and philosophy in Munich and a PhD in 1880 with an already award-winning work. Lepsius was one of the founders and the first chairman of the German–Armenian Society.

During World War I he published his work "''Bericht über die Lage des armenischen Volkes in der Türkei''" ("''Report on the situation of the Armenian People in Turkey''") in which he meticulously documented and condemned the Armenian Genocide. A second edition entitled "''Der Todesgang des armenischen Volkes''" ("''The way to death of the Armenian people''") included an interview with Enver Pasha, one of the chief architects of the genocide. Lepsius had to publish the report secretly because Turkey was an ally of the German Empire and the official military censorship soon forbade the publication because it feared that it would affront the strategically important Turkish ally. However Lepsius managed to distribute more than 20,000 copies of the report.

In his novel ''The Forty Days of Musa Dagh'' ("''Die vierzig Tage des Musa Dagh''") the Austrian-Jewish author Franz Werfel portrayed Lepsius as a "guardian angel of the Armenians". Today, the intellectual heritage of Johannes Lepsius was collected by the German church historian Hermann Goltz, who installed the "Johannes Lepsius Archive" in Halle upon Saale with Martin Luther University of Halle-Wittenberg. Several documents and journals from the archive were published as microfiche. Provided by Wikipedia
1