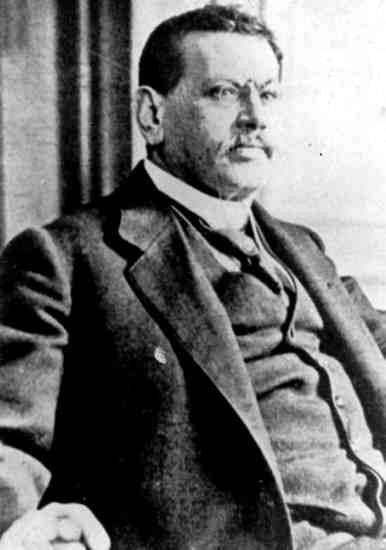 Hugo Preuß (Preuss) (28 October 1860 – 9 October 1925) was a German lawyer and liberal politician. He was the author of the draft version of the constitution that was passed by the Weimar National Assembly and came into force in August 1919. He based it on three principles: all political authority belongs to the people; that the state should be organized on a federal basis; and that the Reich should form a democratic Rechtsstaat (state based in law) within the international community. Provided by Wikipedia
1