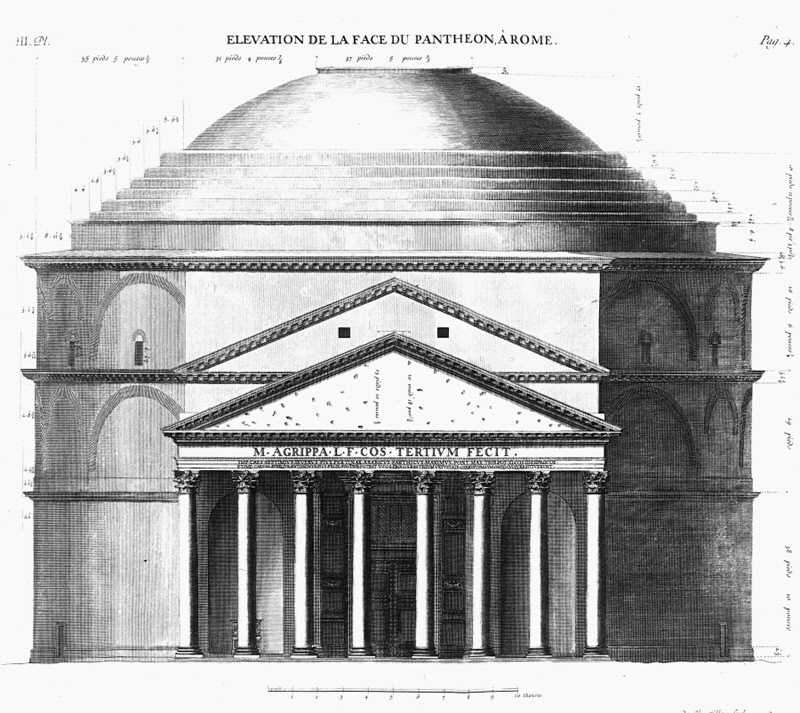 Antoine Babuty Desgodetz's (1653–1728) publication ''Les edifices antiques de Rome dessinés et mesurés très exactement'' (Paris 1682) provided detailed engravings of the monuments and antiquities of Rome to serve French artists and architects. Desgodetz had been sent to Rome in an official capacity, part of French architectural and artistic policy, and the engravings for his publication were supervised by Jean-Baptiste Colbert, according to Desgodetz' introduction. The young architect with a copy of ''Les edifices antiques de Rome'' could determine the precise proportions of many Roman structures, such as the portico of the Pantheon, or the Temple of Vesta, Tivoli, that were considered the best models, a practice that had the effect of standardizing the details of academic architecture in France. His ''Edifices antiques'' was reissued in Paris, 1729 and again in 1779, when it proved as helpful to Neoclassical architects as it had been to classicizing Late Baroque ones. The young Robert Adam toyed with the idea of producing a revised version of Desgodetz before he hit on the idea of striking into fresh territory with measured engravings of the ruins of Diocletian's palace at Spalatro (Split, Croatia).

Claude Perrault's view that the architectural norms that had formerly been presented as divinely inspired, authoritative and derived from nature, were in fact arbitrary, with a social origin under constraints of individual situations, "employed empirical observation instead of the opinion of authorities. Essential to his proof were the measurements taken by Desgodetz in Rome, clearly indicating the disparity in the proportions of the great monuments themselves."