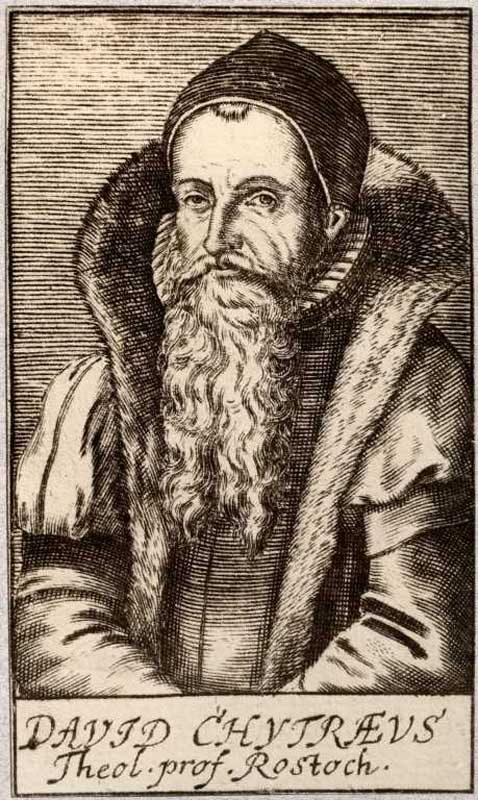 David Chytraeus or Chyträus (26 February 1530 – 25 June 1600) was a German Lutheran theologian, reformer and historian. He was a disciple of Melancthon.

He was born at Ingelfingen. His real surname was Kochhafe, which in Classical Greek is χύτρα, from where he derived the Latinized pseudonym "Chyträus".

Chytraeus was professor of the University of Rostock and one of the co-authors of the Formula of Concord. He is known for his work as the author of a Protestant catechism. His original Latin text was published in 1554, then reprinted in 1599. Now it has been translated for the first time in German. It has been published, together with editorial notes and commentary by Michael.

He is the author of a treatise on music, ''De Musica''.